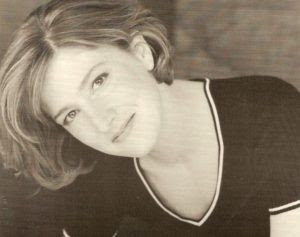 After ten years of survival, aka working, in Hollywood, this former actress and current author of sexy contemporary romance is living happily-ever-after in Pittsburgh with her longtime sweetie, and their two punky kids. When not carpooling to birthday parties or testing her gourmet cooking skills by throwing a frozen pizza into the oven, Maggie daydreams about sneaking off to the Vegas or Napa, or even just the movies. A love of red wine, Italian food, and music round out her list of life's greatest joys. Oh, and Tuesday night karaoke, totally underrated fun.

Maggie Kelly is a professional actress 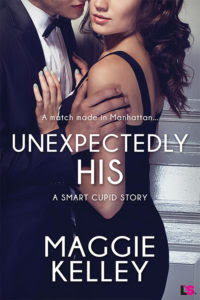 Blurb for Unexpectedly His

A match made in Manhattan…

By-the-book Marianne McBride wants to prove she’s more than a computer geek in a pair of horn-rimmed glasses. But how did she end up hiding in a cake, waiting to sing “Happy Birthday” to Nick Wright, a sexy and arrogant serial-dater? Not exactly part of her plan. Especially when she finds herself kissing the birthday boy, and then running like hell…

Nick falls for no woman. No strings, no commitments, and no relationships. Not even with the sweetly curvaceous bombshell from his birthday. But then he’s hit by a bombshell of his own. He needs to find the perfect faux fiancée, or kiss his key to the executive washroom goodbye. Fortunately, his matchmaker sister has the perfect girl in mind.

Now Nick and Marianne have to pretend they're in love for six weeks. No dating. No sex. And definitely no acting on the wickedly-hot chemistry that could ruin everything... 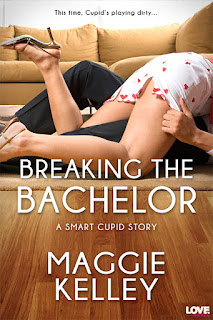 Blurb for Breaking the Bachelor


Goaded by her competition, matchmaker Jane Wright makes a very public bet that she can find the “perfect” match for Manhattan's hottest confirmed bachelor—sexy-as-sin bartender Charlie Goodman. Unfortunately, Charlie is also Jane's ex-lover, a man she broke up with on a cocktail napkin. With her company on the line, Jane has no choice but to convince the man of her most impractical dreams to dive back into the dating pool.

Charlie doesn't want to see Jane's business fail. He just wants a little revenge. Determined to prove to Jane that chemistry always beats compatibility algorithms, he plans to drive her crazy with desire...then walk away. And his plan is working. A little too well, actually. Because even as Jane scrambles to calculate Charlie's best match, the heat building between combusts. But Charlie's been so busy outsmarting Cupid that he hasn't noticed he's the naughty cherub's next target...

See the Brain to Books Blog Tour Giveaways with Lu!


A Brain to Books Production
Posted by Floryie at 16:00