Two years since the brutal shooting of Alex Nicholas, a gambling underworld boss in Queens, NYC. But his brother, Michael, a respected CEO, struggles with a secret: his murdered brother has been communicating with him via his laptop using AI. This AI-Alex can foresee dangers in Michael’s path, and appears to be trying to help him – even controlling machinery and electronics via WiFi. Meanwhile, trouble is stirring in the historic capital cities of Rome, Berlin and Paris. Inside the Vatican, Monsignor Kurt Schlegelberger has designs to build his power and prepare for the sudden ascension of the Free Forces Party, a throw-back to the Nazis.

Schlegelberger will stop at nothing, but first he must deal with a new threat: someone appears to know the true story behind a series of murders in the US, committed by clergy to cover their tracks of child abuse within the Church. Alex’s re-appearance puts Schlegelberger’s plans in jeopardy. Dead or alive, the way to finish off Alex for good can only be to get to his close family, namely his brother Michael…

‘A fine technological thriller that only gets better as it goes along.’ – KIRKUS REVIEW
​

E. J. Simon is the author of three commercial fiction thrillers, Death Never Sleeps, Death Logs In and Death Logs Out. He has just completed his fourth manuscript, Death in the Cloud.

He is a member of the Authors Guild, the Mystery Writers of America and the North Carolina Writer’s Network. He holds an M.A. in Corporate & Political Communications from Fairfield University and a B.A. in Journalism from the University of South Carolina. He lives with his family in Cary, North Carolina in the United States. For more information, visit his website: www.ejsimon.com. 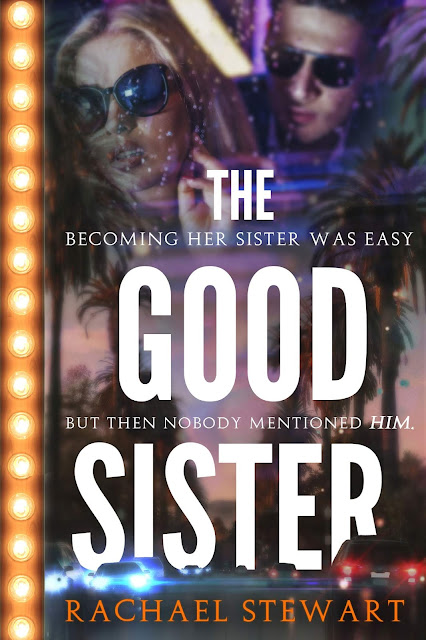 When Isla Evans agrees to switch lives with her rising star of a twin for three weeks, she has no idea the move will thrust her into the same bed as her teenage celebrity heartthrob, Bradley King. Trapped there at her sister’s request, she gives her desire free reign and finds herself falling hard and fast.

And she’s not alone.

Bradley wants a wife to tick all the boxes, save for one: love. It’s not part of the deal, never was, never will be. But when he returns home early to find his hopeful-fiancée behaving all sorts of different, he likes it. A lot. Suddenly, he wants a real marriage, with all the trimmings, and he will stop at nothing until he gets it.

When I finished the book, I didn't know what to feel. I will try my best to explain my feelings and reactions to the story.

The story started off with a bang of  scorchingly hot passion and that vein of heat was found throughout the tale. Then came the real story of Isla's switch to her twin's place and the corresponding interesting situations. They created a lot of mixed feelings in me - there was humour at some places but predominantly sadness. I , as a person could connect with Isla and that caused me to be overwhelmed by her pain. For that, the author has to be commended on a job well done of getting me invested in the heroine's life.

Brad was a perfect hero. I couldn't get enough of him and his gorgeousness. And his actions at the end had me swooning! I was happy with the way the author had ended the book. But the overall impression I went away with, at the end of the book was a mix of happiness and sadness inspite of it being a romance.

I received a copy of the book for reviewing purposes. It doesn't impact  my review in any way. 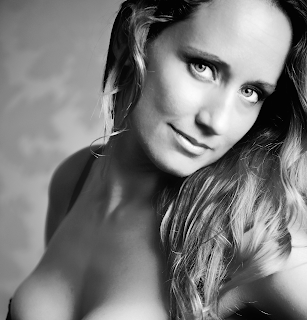 Despite a degree in Business Studies and spending many years in the corporate world, the desire to become an author never waned and it's now her full-time pleasure, a dream come true.

A Welsh lass at heart, she now lives in Yorkshire with her husband and three children, and if she's not glued to her laptop, she's wrapped up in them or enjoying the great outdoors seeking out inspiration.

*Terms and Conditions –Worldwide entries welcome. Please enter using the Rafflecopter box below. The winner will be selected at random via Rafflecopter from all valid entries and will be notified by Twitter and/or email. If no response is received within 7 days then I reserve the right to select an alternative winner. Open to all entrants aged 18 or over. Any personal data given as part of the competition entry is used for this purpose only and will not be shared with third parties, with the exception of the winners’ information. This will passed to the giveaway organiser and used only for fulfilment of the prize, after which time I will delete the data. I am not responsible for despatch or delivery of the prize.

a Rafflecopter giveaway
Posted by Floryie at 00:52 No comments: 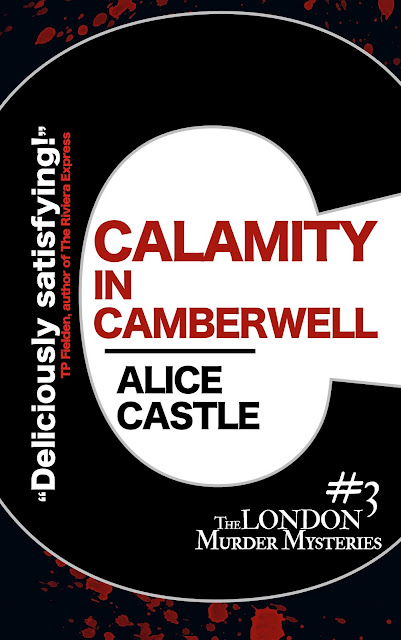 Beth Haldane, SE21's answer to Miss Marple, worries she is losing a kindred spirit when her friend Jen, the only other single mum in the playground, suddenly gets married and moves to Camberwell.

Soon Beth has to face much more pressing fears. Has something gone horribly wrong with Jen's marriage? What is her husband really up to? Why is her daughter leading Beth's son astray? And where on earth IS Jen anyway?

As Beth's friends push her to start dating again, Beth turns to Met Police DI Harry York for help. But will they solve the mystery in time, or will it turn out that in south east London, not everyone gets to live happily ever after?

I have always loved a good mystery. But the genre of cozy mysteries is still new to me. When I picked up this book, the blurb was what had my attention though the author is new to me. So with expectation, I started the book.

Beth had me involved in her story and life with antics. At times, I felt like cheering for her and at other times, I felt like swatting her. One surprising fact was that there was a bit more of romance than expected in the story. And her interactions with the Inspector was lively and interesting! Since I hadn't read the previous books, it was a bit slow for me to get into the story and know more of the characters. But what impression I got from the story had me getting invested in the characters.

Most of the story was about Beth's interest in her friend's life and wondering what was happening and the slowly unwrapping of the mystery was only a tiny bit comparatively. It felt like that to me! I was actually expecting action from the start. Another thing which stood out to me was the author's writing. Her style had me craving her words. I really enjoyed it. The wit and the tempting visuals had me cruising through the pages easily.

This is another author I have added to my TBR list so that I can check out her other books.

Before turning to crime, Alice Castle was a UK newspaper journalist for The Daily Express, The Times and The Daily Telegraph. Her first book, Hot Chocolate, set in Brussels and London, was a European hit and sold out in two weeks.

Death in Dulwich was published in September 2017 and has been a number one best-seller in the UK, US, Canada, France, Spain and Germany. A sequel, The Girl in the Gallery was published in December 2017 to critical acclaim. Calamity in Camberwell, the third book in the London Murder Mystery series, will be published this summer, with Homicide in Herne Hill due to follow in early 2019. Alice is currently working on the fifth London Murder Mystery adventure. Once again, it will feature Beth Haldane and DI Harry York.

She lives in south London and is married with two children, two step-children and two cats.

*Terms and Conditions –Worldwide entries welcome. Please enter using the Rafflecopter box below. The winner will be selected at random via Rafflecopter from all valid entries and will be notified by Twitter and/or email. If no response is received within 7 days then I reserve the right to select an alternative winner. Open to all entrants aged 18 or over. Any personal data given as part of the competition entry is used for this purpose only and will not be shared with third parties, with the exception of the winners’ information. This will passed to the giveaway organiser and used only for fulfilment of the prize, after which time I will delete the data. I am not responsible for despatch or delivery of the prize.

a Rafflecopter giveaway
Posted by Floryie at 19:52 No comments: