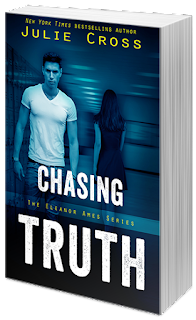 
At Holden Prep, the rich and powerful rule the school—and they’ll do just about anything to keep their dirty little secrets hidden.

Eleanor might not trust him—she doesn’t even like him—but they can’t keep their hands off of each other. Fighting the infuriating attraction is almost as hard as ignoring the fact that Miles isn’t telling her the truth…and that there’s a good chance he thinks she’s the killer.

I received the book from the author.

The blurb totally caught my attention more than the cover. And the author kept it with her writing till the end.

The characters were sketched out well. Eleanor was a hard person to like. There is her background or back story to consider, being  a con artist. Usually the leads in a book are trustworthy and charming with their straight characters. It takes guts to do a story based on an imperfect protagonist who  deals dishonestly. But I liked her bit by bit as the story progressed. Miles was  an easy person to like with the strong hero vibe. Both were crafted well and they totally were made for each other.

The romance part was done with a light hand which goes well with the story. The writing was good and had me engaged with the situation and the characters. There was a small snag. I felt it was a bit slow in pace at times. The suspense part, though, was nearly perfect and had me guessing about the identity of the antagonist.

This is the first book I have read by the author but I sure will give her books a second glance in the future.

She’s also the author of the Letters to Nowhere series, Whatever Life Throws at You, Third Degree, Halfway Perfect, and many more to come!

She’s a lover of books, devouring several novels a week, especially in the young adult and new adult genres.

Outside of her reading and writing cred, Julie Cross is a committed–but not talented–long distance runner, creator of imaginary beach vacations, Midwest bipolar weather survivor, expired CPR certification card holder, as well as a ponytail and gym shoe addict.

Giveaway:
$50 Amazon Gift Card + a paperback copy of Whatever Life Throws at You (INT)
a Rafflecopter giveaway