Blog Tour / Book Musings - In for the Kill by Ed James

Hello!! Welcome to the blog tour of In For the Kill by Ed James organised by Anne Cater. I am reviewing for my stop today. Hope you enjoy the book as much as I did. Please continue reading to know about my thoughts on the book. 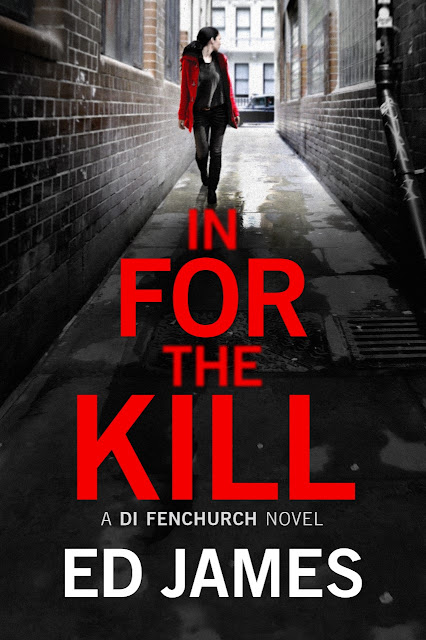 A university student is found strangled to death in her bedroom, but when the embattled DI Simon Fenchurch is called in to investigate, the case strikes dangerously close to home.

On the surface, the victim was a popular, high-performing student. But as secret grudges against her emerge, so too does evidence that she was living a double life, working on explicit webcam sites for a seedy London ganglord. Everyone Fenchurch talks to knows a lot more than they’re willing to tell, and before long he’s making new enemies of his own—threatening to push him and his family past breaking point.

With too many suspects and not enough facts, Fenchurch knows his new superiors are just waiting for him to fail—they want him off the case, and off the force for good. His family is in more danger than ever before. So how deep is he willing to dig in order to unearth the truth? 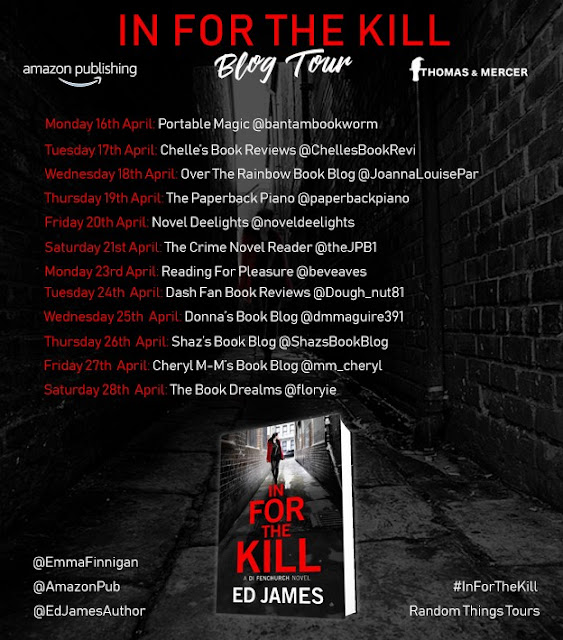 I have been on a crime/mystery kick lately and my lucky streak of finding authors who do justice to the genre is still going strong. Though this is my first book by the author, I am sure it won't be the last.

The story starts with the personal life of Fenchurch instead of the murder and that itself shows how the author has written the book. He has interspersed the personal lives of the main characters, and there are a few of them, into the unfolding of the case in the hands of Fenchurch. And that aspect is what had me immersed in the book. I loved the fact that I could relate to them so easily because they are as human as possible in their actions.

I especially loved Fenchurch with all his difficult traits. His strained relationship with Chloe had me feeling poignant. The author does a good job of evoking the emotions of the readers with his words. There were sufficient twists and surprises in the tale to keep me glued to my reader. It took a while for me to function in my everyday duties because of my intense curiosity following the plot.

The pace of the story is fast, well balanced with the need for a maze like journey to the end else it would have fallen flat. I quite enjoyed figuring out the killer and I had quite a imagination to go through all the scenarios presented. But towards the end, I wasn't surprised at the identity of the culprit with all the clues. I look forward to reading from the beginning of the series.

One thing which stuck with me till the end is that in this age of technology, we are very vulnerable and very much mesmerised with material things. And that might end up being a catalyst of our destruction.

If you are crime lovers, do read this author - a good twisted story with a less than surprising end.

My one line review : A good twisted story with a less than surprising end. 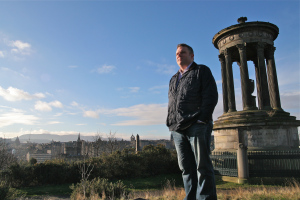 Ed James writes crime fiction novels, predominantly the SCOTT CULLEN series of police procedurals set in Edinburgh and the surrounding Lothians – the first four are available now, starting with GHOST IN THE MACHINE which has been downloaded over 280,000 times and is currently free. BOTTLENECK (Cullen 5) is out on 17-Mar-14. He is currently developing two new series – DI SIMON FENCHURCH and DS VICKY DODDS, set in London and Dundee respectively. He also writes the SUPERNATURE series, featuring vampires and other folkloric creatures, of which the first book SHOT THROUGH THE HEART is out now and free.

Ed lives in the East Lothian countryside, 25 miles east of Edinburgh, with his girlfriend, six rescue moggies, two retired greyhounds, a flock of ex-battery chickens and rescue ducks across two breeds and two genders (though the boys don’t lay eggs). While working in IT for a living, Ed wrote mainly on public transport but now writes full time.